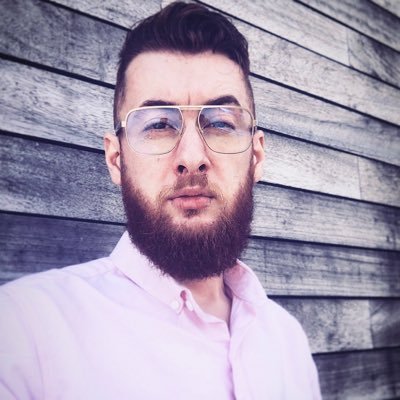 Hey. If for some reason you’re interested in reading this, I really hope to not bore you to death. It’s nothing technical. This time I will not dive into code. It’s more like a personal note that marks a fresh start. My last website was built on Laravel 5 and since then I barly touched it. Not that you missed anything but I always wanted to have a website that’s updated regularly and, somehow, I ended up with tons of work to do and other things that I had to take care of.

In the meantime I had two full-time jobs (not at the same time dooh) working as an IT Manager. It was fine in the beginings but it became frustrating because I was touching the code less and less. Days were passing by and I had a feeling of being left behind. Everyone was posting on twitter new tech they’re using, new products they built and all of these while I was stuck at a corporate job where almost everyone was coming at work to just be able to cash the check at the end of the month. Well, that’s not me. I love working either for myself, developing my own stuff or with a product team where people are enthusiasts about the product itself, the new features they are working on and so on. It wasn’t the case with my last two jobs so eventually, this spring, I decided to quit and move on with my life. It was once of the best decissions I have ever made.

The first month after leaving my job I barely touched my laptop. After that, I felt like I’m a noob again and I gain back what I was missing all this time. The enthusiasm of building something from scratch. While getting deeper and deeper into this new product I’m building and engaging with people on twitter more often than usual, eventually I established some new business relationships and I got hired. So I’m back working full-time but this time is for an awesome firm and I work from home. Things couldn’t be better.

I also started to use new stacks, new technologies that I never thought I will interested in using. I jumped into the Full-Stack pond working with React, Vue and few BaaS services. I always thought that the classic way of writing apps is the best… well, until I tried React, and then Vue and then I hooked these apps to Firebase and Hasura and who would’ve thought that I will really enjoy this experience. Now, since I’m full-time coding again, and instead of having to jump from one meeting to another, I am sharpening my skills at an unbelievable spped.

Yeah… that’s it for now.